skip to main | skip to sidebar

I like wine and I love good wine. As I have always lived far from anywhere that could be considered a serious wine producing region, I never clapped eyes on an actual vineyard until I was almost 40 years old. When I get the chance to actually visit a vineyard and talk to the producers I try to be cool and worldly but in reality I still feel like Charlie Bucket and I’ve just walked through the gates of the Wonka factory. I try to manage my wide eyed enthusiasm, but after ten minutes of wine tasting anybody worth their salt as a salesperson can spot me as the novice.

After a holiday near Bordeaux, The Man of the Place and I became insufferable wine experts. Hey, we had visited three chateaux!! One can tell when a wine producing area has been entered, they don’t bother with fences. A fence takes up valuable space that could hold another entire row of precious vines. The vines quite often come right up to the road. Wine regions are also the cleanest places I’ve ever seen. There is never ever a single weed. 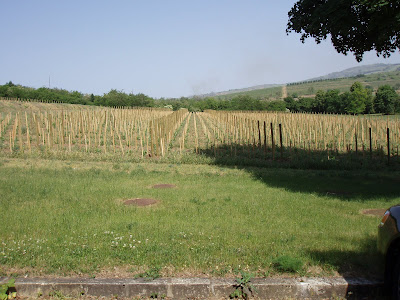 My dear friends who have much more experience and knowledge of the wines of the Tokaj region planned out an entire day of wine tasting. This included finding somebody to drive us there so that we could all be full participants in the wine tasting activities!

For those who don’t know, Hungary is home to no less than 22 different wine producing regions (according to Wikipedia) when I visited the House of Hungarian Wines last year, they said there were 14 separate regions. To be sure, the wine regions and the vineyards themselves do not match the scale or volume of production found in Bordeaux, Stellenbosch or Napa Valley but what it lacks in size, it makes up for in quality and old world charm.

Hungary makes gorgeous, drinkable wines and two are quite famous. Egri Bikavér or Bull’s Blood a dark red wine with a colourful past from the Eger region and Tokaj or Tokay (pronounced TOKE-eye) the King of Wines and the Wine of Kings from the Tokaj region which is made from grapes that have botrytis or noble rot.

The conditions in the Tokaj region in the foothills of the Zemplén mountains are perfect with its volcanic soil and the long Indian summers for the formation of botrytis on the late harvest Formint grapes.

As I was familiar with Tokaj wine and wanted to know more about it, I implored my friends to fix it for me to visit during my brief stay. I must say that I didn’t have to twist any arms. They were keen to go there as well and arranged and booked three wine tasting sessions on a full and glorious day in May. 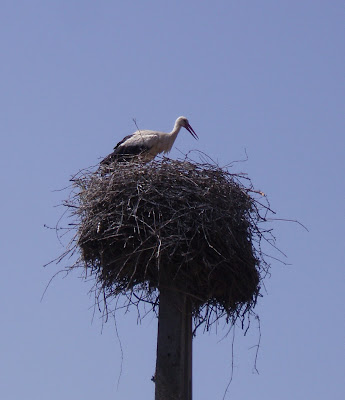 The weather couldn’t have been more perfect. It was warm without being oppressive and I saw storks for the first time. The small picturesque towns and villages still hold nesting sites for these large birds. Like in the children’s stories and fairy tales the storks have nests on chimneys. Less poetically, they also have nests on street light posts and power line poles. I had never seen them before and my indulgent pals stopped the car more than once so I could take photos. 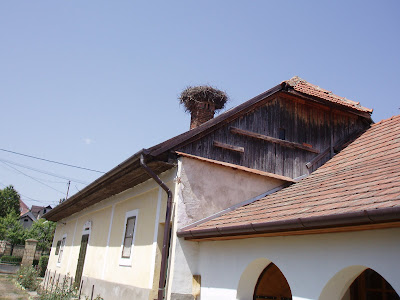 The first place we went for wine tasting was out of this world. We were met by Istvan Balasso a small wine producer in the centre of town and we followed him to one of the cutest, tidiest little houses near the edge of town. Naturally, this house had its resident stork, tending her eggs while the male stork soared around looking for frogs and fish.

We followed our host to a large room at the back of the house that had been turned over to the serious business of wine tasting. The house had thick stone walls that had a fresh coat of white paint, high ceilings with polished beams.

He told us that we would taste five of his wines, two dry wines and three sweet wines. He then got the wines out of the cooler and started uncorking …. 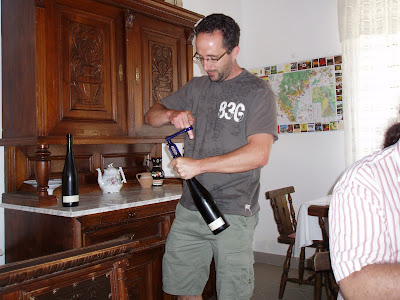 His vineyard is run by just him and his wife. The runs are small – he produces up to 700 bottles of any one kind of wine. Even fewer bottles of the sweet wines are made. If you follow the link to the website, you will read that the first year he was in production; the vines were attacked by hungry starlings. Up until now, starlings were one of my favourite birds of all time. They make spectacular displays on winter evenings as the sun sets. Now that I know they are grape stealing thieves, I like them a little less. 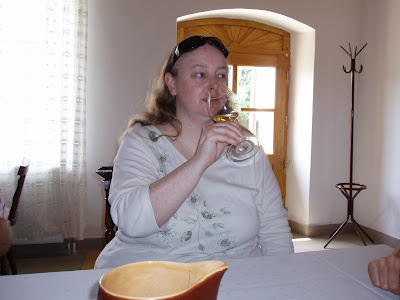 Istvan Balassa could very well be the very embodiment of everything a boutique wine producer should be. A dynamic young winemaker who uses traditional Hungarian wine varieties to make small batches of gorgeous wine and has a web site! As we worked through the fruits of his labour, I knew we were being traded up by an expert. By the time we got to the last bottle, the Zéta Mézes Mály I was caught. 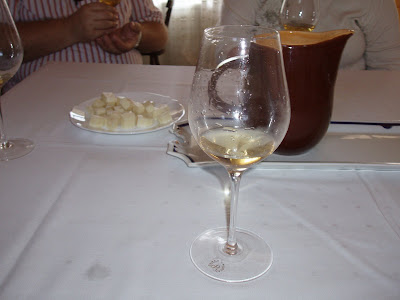 The 2006 production of this particular wine was sold out and he had the 2007 almost ready to go but hadn’t put the labels on it yet. I had consumed a couple of glasses of delicious wine, the charming wine maker was tanned and ever so slightly gorgeous and I felt I could not leave the country without a couple of cases of this wine. But there were two factors that kept me from doing that. 1. I had taken a Ryanair flight from Prestwick to Budapest and could not take any of the wine on board. The other factor was the price. We have to get a new water tank here at the house and The Man of the Place wouldn’t be over pleased if I dropped a couple of hundred pounds on wine while I’m away on a holiday. I bought two label-less bottles (See? I showed restraint!). They will be with me in July when my friends visit. 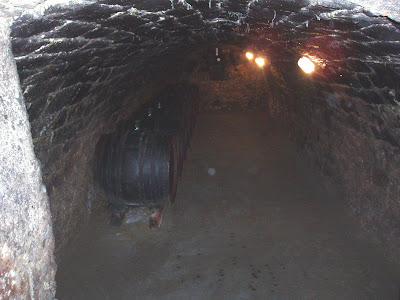 Aside from the bottle of 5 puttonyos Tokaji Aszú wine that Tesco carries (God bless them for that!!) I am astounded that these delicious wines are not available in Scotland. There isn’t a single wine merchant in Scotland that carries Hungarian wines. I’ve checked! 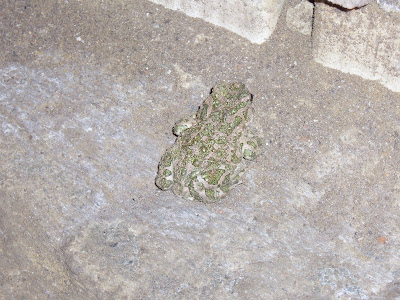 Little toad hiding from the storks in the cellar.

History of this Blog

The Topics (not applied with regularity)